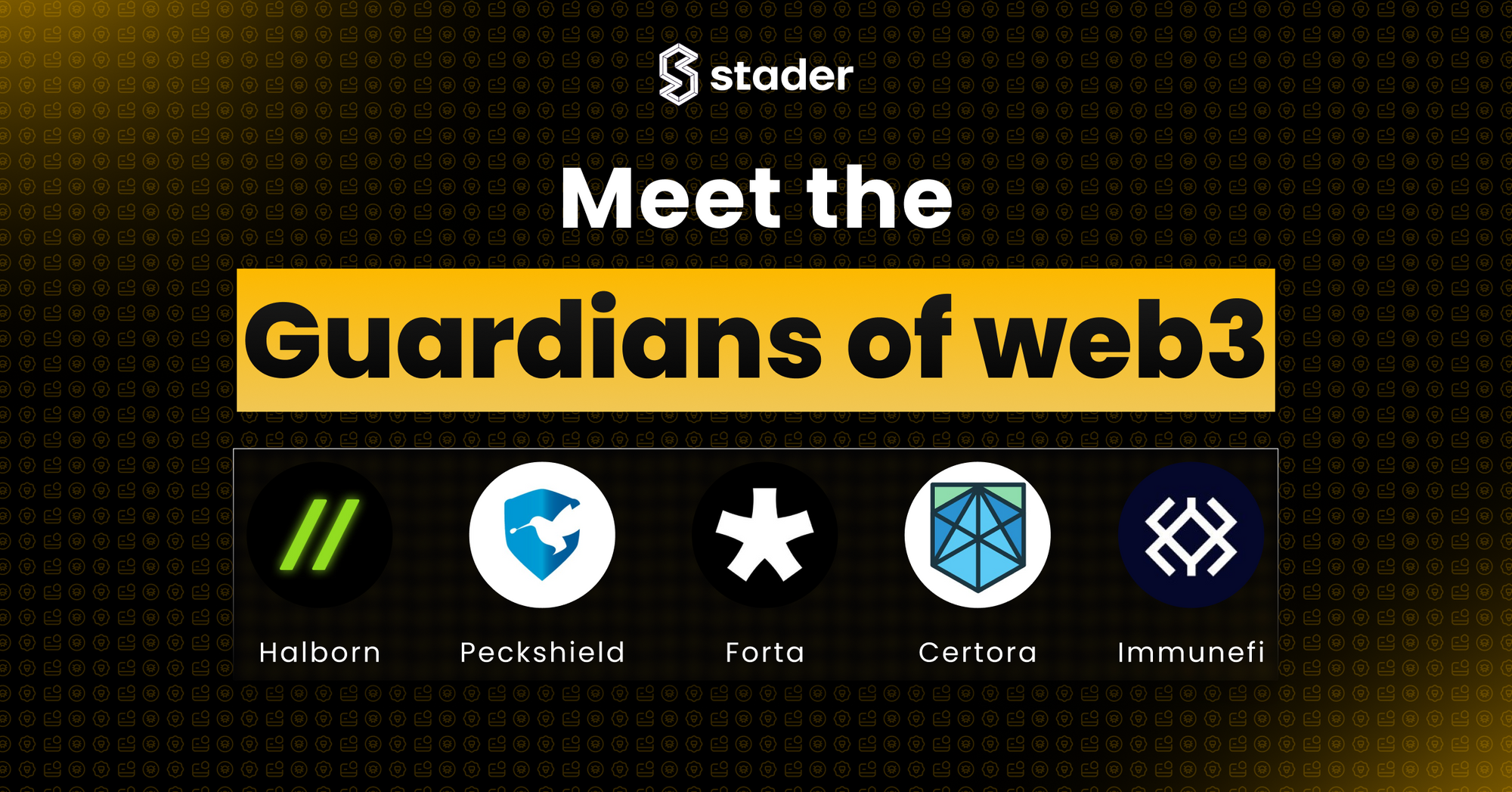 Meet the Guardians of Web3

In web3 security, anything that can be leveraged by a hacker to exploit the protocol should be considered a vulnerability. It could be anything, for example how a blockchain or the entire project is structured, bugs in the underlying code, or an error of bad practice due to privileged access by an individual. Blockchain’s ability to function without a human interface is the core of web3. However, in this kind of decentralized environment, even a bug in a code could increase the vulnerability of user funds in smart contracts.

In whatever form they come, vulnerabilities are unavoidable in a web3 project, but, given the enormous amount of user funds and assets handled by blockchains, the stakes of having these vulnerabilities are so high and could cause severe potential loss if overlooked.

Let’s discuss some of these vulnerabilities and what is the way out.

The Risk of Privilege

Centralisation in web3 projects by creating a single point of failure which is privileged access risk, in which hackers exploit privileged access members of the project into giving up secured information or plant a malicious program on their devices to gain access to this information. Sometimes the teams behind these projects create backdoors to drain user funds after they have raised enough investment.

The Code of Error

Logical errors in the codes of smart contracts can expose the project to n number of vulnerabilities from how the tokens are minted and traded to how the entire chain is timestamped. This leads to reentrancy attacks where a hacker is able to drain funds from a protocol by repeatedly calling a transaction function even before the protocol manages to update its balance.

The Interdependencies of Contracts

As web3 develops, smart contracts interact with data from external blockchains to perform several functions increasing the complexity of the entire project. To make this interaction seamless the projects rely on the third party to provide information about the changes in events so that the smart contacts can adapt easily. This entire process leads to the exploitation of protocol if the hacker is able to access the source information being fed to smart contracts by a third party.

The Cross Connection of Blockchains

The interoperable web3 ecosystem is under threat at every interaction. Most of the vulnerabilities of the cross-chain bridges where blockchains use protocols to communicate and share valued information with each other occur due to the difference in operating rules and organisational structure of projects.

With more and more protocols becoming interdependent and managing astronomical amounts of user funds, the web3 security industry is facing challenges in keeping up with the pace of growth. However, there are 5 companies working as guardians of web3 with full force to make this space as secure as possible.

With security checks already in place, Stader has further strengthened its user protection by partnering with the above security giants of the industry. This not only helps us provide a better and safer user experience, but also set an industry standard.

By subscribing you accept our